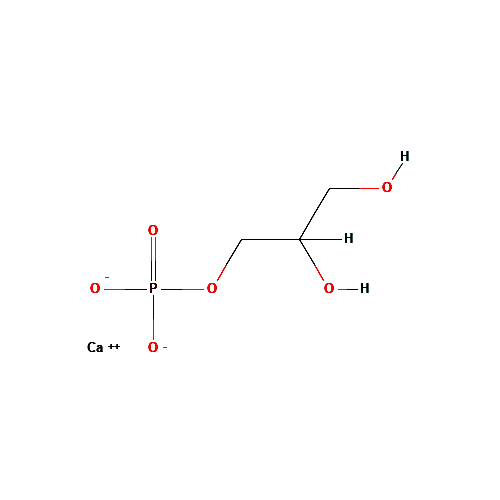 Global Calcium is one of the leading manufacturers and exporters of Calcium Glycerophosphate CAS no. 27214-00-2, Mineral Actives . We support the customers with exhaustive documentation. As a USDMF & EU-GMP certified global company and an established hallmark for pharmaceutical standards, Global Calcium has stood the test of time since its inception in 1979.

As manufacturer of Calcium Glycerophosphate we hereby state the following facts about the drug:

Pharmacodynamics:
It is thought that calcium glycerophosphate may act through a variety of mechanisms to produce an anti-caries effect. These include increasing acid-resistance of the enamel, increasing enamel mineralization, modifying plaque, acting as a pH-buffer in plaque, and elevating calcium and phosphate levels.

Calcium glycerophosphate in combination with sodium monofluorophosphate was found to reduce the acid solubility of enamel. This is thought to be due to increased uptake of fluoride in a non-alkali soluble form at the expense of a fraction remaining in the alkali-soluble form of calcium fluoride. It is also thought that calcium glycerophosphate enhances the remineralization effect of sodium monofluorophosphate leading to greater remineralization of enamel but the mechanism behind this is unknown.

Calcium glycerophosphate reduces the decrease in plaque pH produced by sucrose solutions. This may be due to the buffering action of donated phosphate which acts as an acceptor to three hydrogen ions to form biphosphate, dihydrogen phosphate, and finally phosphoric acid. As bisphosphate and dihydrogen phosphate are amphoteric, these molecules can act as buffers against both acids and bases.

Calcium glycerophosphate donates calcium and inorganic phosphate resulting in elevated levels of the ions in plaque. These ions are important components of the mineral structure of teeth. As such, their presence supports maintenance of healthy tooth structure and mineralization.

In electrolyte replacement calcium glycerophosphate again acts as a donor of calcium and phosphate.