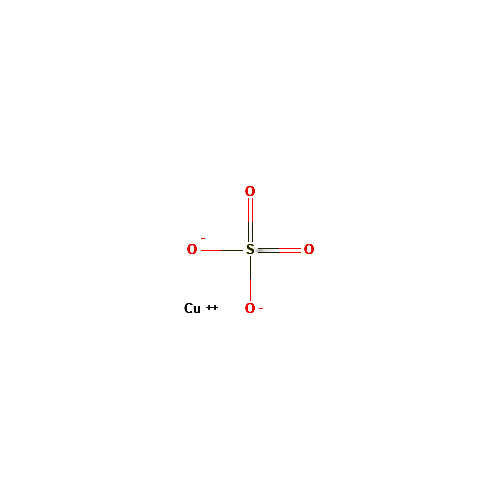 Global Calcium is one of the leading manufacturers and exporters of Cupric Sulfate Inj CAS no. 7758-98-7, Mineral Actives . We support the customers with exhaustive documentation. As a USDMF & EU-GMP certified global company and an established hallmark for pharmaceutical standards, Global Calcium has stood the test of time since its inception in 1979.

As manufacturer of Cupric Sulfate Inj we hereby state the following facts about the drug:

Cupric sulfate is a compound used as an intravenous copper supplement for Total Parenteral Nutrition (TPN). Cupric sulfate is a salt created by treating cupric oxide with sulfuric acid. This forms as large, bright blue crystals containing five molecules of water (CuSO4?5H2O) and is also known as blue vitriol. The anhydrous salt is created by heating the hydrate to 150 °C (300 °F). Cupric sulfate is used primarily for agricultural purposes, as a pesticide, germicide, feed additive, and soil additive. Some of its secondary uses are as a raw material in the preparation of other copper compounds, as a reagent in analytic chemistry, as an electrolyte for batteries and electroplating baths, and in medical practice as a locally applied fungicide, bactericide, and astringent.

This drug is an essential trace element for the functioning of many metalloenzymes including ceruloplasmin, ferroxidase II, lysyl oxidase, monoamine oxidase, Zn-copper superoxide dismutase, tyrosinase, dopamine-β-hydroxylase, and cytochrome-c-oxidase. It is involved in erythropoiesis and leukopoiesis, bone mineralization, elastin and collagen cross-linking, oxidative phosphorylation, catecholamine metabolism, melanin formation and antioxidant protection of cells. Cupric sulfate may also have a role in iron turnover, ascorbic acid metabolism, phospholipid metabolism, myelin formation, glucose homeostasis, and cellular immune defense. After the metal passes through the basolateral membrane it is transported to the liver, attached to serum albumin. The liver is the critical organ for the homeostasis of copper. The copper is then prepared for excretion through the bile or incorporation into various proteins. The transport of copper to the peripheral tissues is accomplished through the plasma attached to serum albumin, ceruloplasmin or low-molecular-weight complexes.