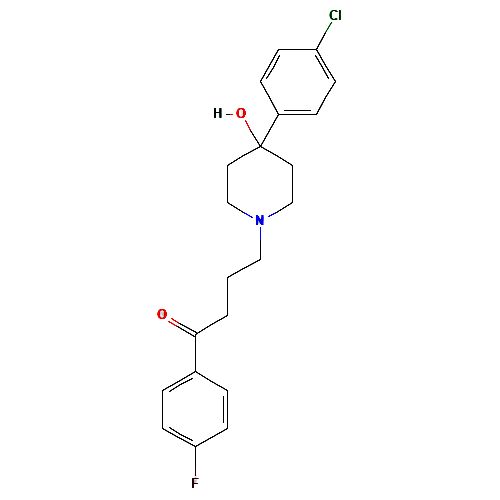 Global Calcium is one of the leading manufacturers and exporters of Haloperidol CAS no. 52-86-8, API, (Active Pharmaceutical Ingredient). We support the customers with exhaustive documentation. As a USDMF & EU-GMP certified global company and an established hallmark for pharmaceutical standards, Global Calcium has stood the test of time since its inception in 1979.

As manufacturer of Haloperidol we hereby state the following facts about the drug:

Haloperidol is a high potency first-generation (typical) antipsychotic and one of the most frequently used antipsychotic medications used worldwide. While haloperidol has demonstrated pharmacologic activity at a number of receptors in the brain, it exerts its antipsychotic effect through its strong antagonism of the dopamine receptor (mainly D2), particularly within the mesolimbic and mesocortical systems of the brain.

Use of the first-generation antipsychotics (including haloperidol) is considered highly effective for the management of the "positive" symptoms of schizophrenia including hallucinations, hearing voices, aggression/hostility, disorganized speech, and psychomotor agitation.

Indication: Haloperidol is indicated for a number of conditions including for the treatment of schizophrenia, for the manifestations of psychotic disorders, for the control of tics and vocal utterances of Tourette’s Disorder in children and adults, for treatment of severe behaviour problems in children of combative, explosive hyper-excitability.

Haloperidol is also indicated in the short-term treatment of hyperactive children who show excessive motor activity with accompanying conduct disorders consisting of some or all of the following symptoms: impulsivity, difficulty sustaining attention, aggressiveness, mood changes, and poor frustration tolerance.

MOA: While haloperidol has demonstrated pharmacologic activity at a number of receptors in the brain, it exerts its antipsychotic effect through its strong antagonism of the dopamine receptor (mainly D2), particularly within the mesolimbic and mesocortical systems of the brain.

Schizophrenia is theorized to be caused by a hyperdopaminergic state within the limbic system of the brain. Dopamine-antagonizing medications such as haloperidol, therefore, are thought to improve psychotic symptoms by halting this over-production of dopamine. The optimal clinical efficacy of antipsychotics is associated with the blockade of approximately 60 % - 80 % of D2 receptors in the brain.

Antagonistic activity regulated through dopamine D2 receptors in the chemoreceptive trigger zone (CTZ) of the brain renders its antiemetic activity. Of the three D2-like receptors, only the D2 receptor is blocked by antipsychotic drugs in direct relation to their clinical antipsychotic abilities.