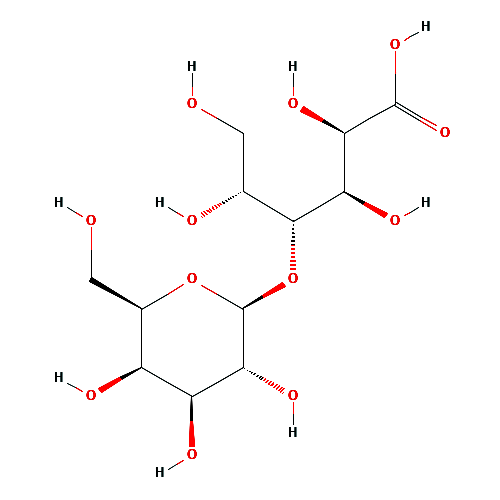 Global Calcium is one of the leading manufacturers and exporters of Lactobionic Acid CAS no. 96-82-2, Mineral Actives . We support the customers with exhaustive documentation. As a USDMF & EU-GMP certified global company and an established hallmark for pharmaceutical standards, Global Calcium has stood the test of time since its inception in 1979.

As manufacturer of Lactobionic Acid we hereby state the following facts about the drug:

Lactobionic acid (LBA) is an oligosaccharide aldonic acid. LBA is composed of a galactose moiety bonded to a gluconic acid molecule through an ether-like linkage.

LBA is known for its prebiotic effects, which means that after ingestion they remain intact until they reach the large intestine, where fermentation is driven by the colonizing microflora.

LBA is most known for its antioxidant, antimicrobial, chelating, stabilizer, acidulant, and moisturizing properties.

LBA is considered an antioxidant chelator due to its capacity to inhibit the production of hydroxyl radicals by forming metal complexes with Fe(II), Fe(III), and Cu(II) to name a few.

It is an efficient therapeutic compound due to high affinity with an endocytotic receptor that overexpresses on human hepatic carcinoma which makes it an excellent target carrier for the drugs on treatment of carcinoma.

Acid skincare might sound a little overwhelming but including one within the regime is key when it comes to brightening and refining complexion….

Lactobionic acid is the key active component of novel antiaging and regenerative skin-care products due to its therapeutic efficacy. It is a PHA – Poly Hydroxy Acid, a similar acid family to AHAs (Alpha Hydroxy Acids, the most well known being glycolic acid and lactic acid. The main difference between these two groups of acids are that PHAs have a larger molecular structure, which does not allow them to penetrate as deep into the skin and provide effective exfoliation on the surface of the skin only. It is bio-available and therefore easily absorbed by the skin. This makes LBA perfect for those with sensitive skin who are prone to irritation caused by AHAs. Stronger AHA’s can cause increased sensitivity to the sun and its damaging UV rays.

LBA is known to increase cellular turnover, ensuring that dead skin cells do not build up on the surface of the skin as well as reducing the appearance of scarring and highly pigmented areas caused by over-exposure to UV rays. Due to the metal chelation property of lactobionic acid, it acts as an inhibitor of the breakdown of matrix metalloproteinase enzymes, thus reducing the appearance of photoaging and wrinkles.

It is a strong humectant, as it has the ability to attract and retain moisture within the skin. This ensures that the skin stays hydrated and skin cells are plumped, firming the skin whilst reducing the appearance of fine lines and wrinkles.

LBA acts as an antioxidant, prevents free radical damage also helping in fading the scarring and areas of hyper-pigmentation