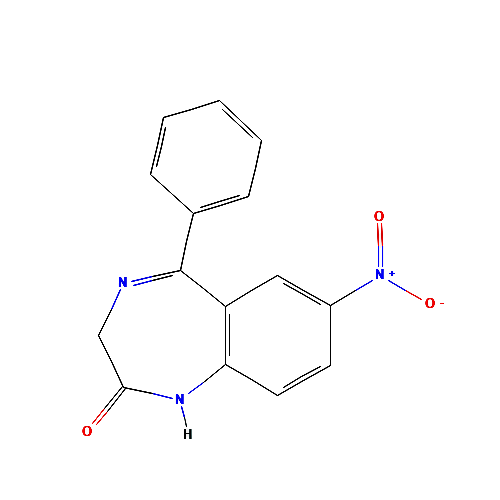 Global Calcium is one of the leading manufacturers and exporters of Nitrazepam CAS no. 146-22-5, API, (Active Pharmaceutical Ingredient). We support the customers with exhaustive documentation. As a USDMF & EU-GMP certified global company and an established hallmark for pharmaceutical standards, Global Calcium has stood the test of time since its inception in 1979.

As manufacturer of Nitrazepam we hereby state the following facts about the drug:

Nitrazepam belongs to a group of medicines called benzodiazepines. It is a 1,4-benzodiazepinone that is 1,3-dihydro-2H-1,4-benzodiazepin-2-one which is substituted at positions 5 and 7 by phenyl and nitro groups, respectively. It is used as a hypnotic for the short-term management of insomnia and for the treatment of epileptic spasms in infants (West's syndrome). It has a role as an anticonvulsant, an antispasmodic drug, a GABA modulator, a sedative and a drug metabolite.

This drug affects central benzodiazepine receptors, which are associated with inhibitory GABA (gamma amino butyric acid) receptors, leading to enhanced GABA binding activity. GABA is a major neurotransmitter in the brain, which causes somnolence, relaxation of muscles, a decrease in anxiety and general central nervous system depression. Nitrazepam has anticonvulsant properties that may be attributed to its ability to bind to voltage-dependent sodium channels. Sustained repetitive firing seems to be limited by benzodiazepines effect of slowing recovery of sodium channels from inactivation.