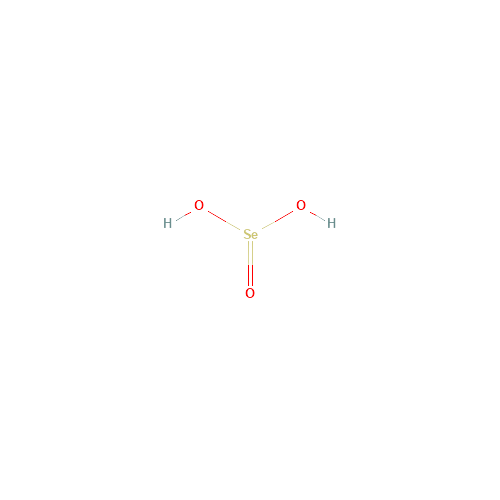 Global Calcium is one of the leading manufacturers and exporters of Selenious Acid Inj CAS no. 7783-00-8, API, (Active Pharmaceutical Ingredient). We support the customers with exhaustive documentation. As a USDMF & EU-GMP certified global company and an established hallmark for pharmaceutical standards, Global Calcium has stood the test of time since its inception in 1979.

As manufacturer of Selenious Acid Inj we hereby state the following facts about the drug:

Selenium is an essential trace element and antioxidant. It is a cofactor of metabolic enzyme regulation. It also plays an important role in maintaining the general health of tissue and muscle and has antioxidant properties. Selenious acid appears as colorless solid, transparent, colorless crystals. Used as a reagent for alkaloids and as an oxidizing agent. Isotope is used in labeling radiopharmaceuticals.

Selenium is a component of glutathione peroxidase, which protects cells from oxidative damage caused by peroxidases produced during cellular metabolism. Selenium is needed to maintain the circulatory system. It also keeps the heart muscle and skin tissue healthy. It may also help in the prevention of cancer due to its stimulation of antioxidant activity and protection of cell membranes. Selenious acid preserves vitamin E, which improves the cell's antioxidant defense, and plays an important role in the structure of teeth.

Selenium has been shown to activate anticancer agents, prevent heart and vascular diseases, exhibit anti-proliferative and anti-inflammatory properties, and stimulate the immune system. Its anticancer properties may be explained by the oxidation of free sulfhydryl groups.