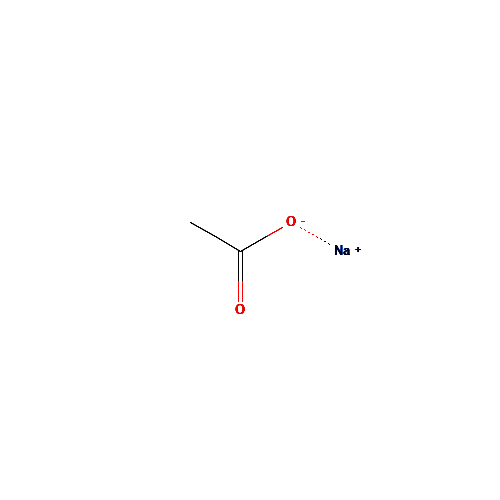 Global Calcium is one of the leading manufacturers and exporters of Sodium Acetate CAS no. 127-09-3, Mineral Actives . We support the customers with exhaustive documentation. As a USDMF & EU-GMP certified global company and an established hallmark for pharmaceutical standards, Global Calcium has stood the test of time since its inception in 1979.

As manufacturer of Sodium Acetate we hereby state the following facts about the drug:

Sodium is the principal cation of the extracellular fluid and plays a large part in fluid and electrolyte replacement therapies.

Sodium Acetate is chemically designated CH3COONa, a hygroscopic powder very soluble in water. Sodium acetate could be used as additives in food, industry, concrete manufacture, heating pads, and buffer solutions. Medically, sodium acetate is important component as an electrolyte replenisher when given intravenously. It is mainly indicated to correct sodium levels in hyponatremic patients. It can be used also in metabolic acidosis and for urine alkalinization.

Sodium is the principal cation of extracellular fluid. It comprises more than 90% of total cations at its normal plasma concentration of approximately 140 mEq/liter. The sodium ion exerts a primary role in controlling total body water and its distribution. Acetate ions act as hydrogen ion acceptors which is an alternative to bicarbonate.

In the liver, sodium acetate is being metabolized into bicarbonate. To form bicarbonate, acetate is slowly hydrolyzed to carbon dioxide and water, which are then converted to bicarbonate by the addition of a hydrogen ion.

It works as a source of sodium ions especially in cases of hyponatremia patients. Sodium has a primary role in regulating extracellular fluid volume. It controls water distribution, fluid and electrolyte balance, and the osmotic pressure of body fluids. Sodium is also involved in nerve conduction, muscle contraction, acid-base balance, and cell nutrient uptake.