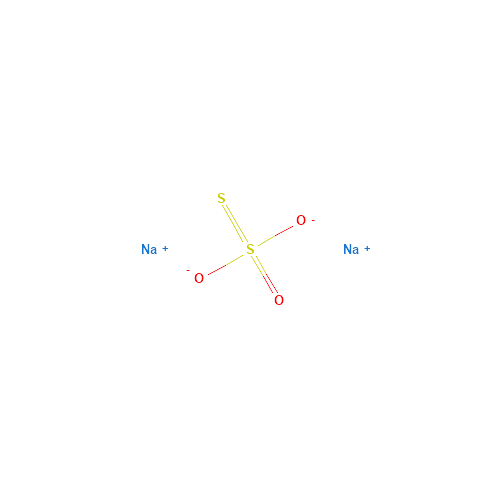 Global Calcium is one of the leading manufacturers and exporters of Sodium Thiosulfate CAS no. 7772-98-7, API, (Active Pharmaceutical Ingredient). We support the customers with exhaustive documentation. As a USDMF & EU-GMP certified global company and an established hallmark for pharmaceutical standards, Global Calcium has stood the test of time since its inception in 1979.

As manufacturer of Sodium Thiosulfate we hereby state the following facts about the drug:

Sodium thiosulfate is an inorganic sodium salt composed of sodium and thiosulfate ions in a 2:1 ratio. It has a role as an antidote to cyanide poisoning, a nephroprotective agent, and an antifungal drug. It is an industrial chemical that also has a long medical history. It was originally used as an intravenous medication for metal poisoning. It has since been approved for the treatment of certain rare medical conditions. These include cyanide poisoning, calciphylaxis, and cisplatin toxicity. In vitro assays have demonstrated that it is an anti-inflammatory and neuroprotective agent. It, therefore, has the potential for treating neurodegenerative diseases such as Alzheimer's disease and Parkinson's disease.

Uses and applications of Sodium thiosulfate:

Sodium thiosulfate has antioxidant properties. Due to the presence of a reduced sulfur atom, but it also forms strong complexes with iron, copper, and other metal ions.