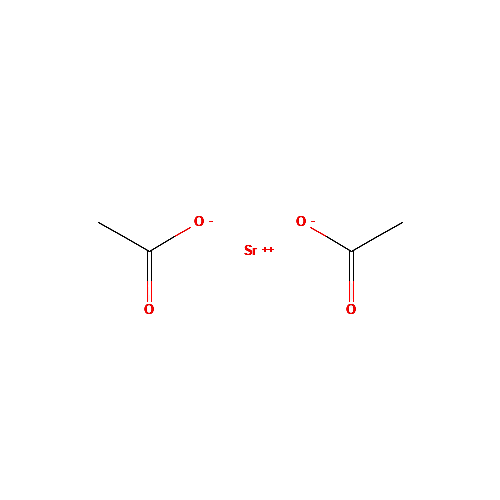 Global Calcium is one of the leading manufacturers and exporters of Strontium Acetate CAS no. 543-94-2, Mineral Actives . We support the customers with exhaustive documentation. As a USDMF & EU-GMP certified global company and an established hallmark for pharmaceutical standards, Global Calcium has stood the test of time since its inception in 1979.

As manufacturer of Strontium Acetate we hereby state the following facts about the drug:

Most stable strontium and some radioactive strontium compounds exist as dust in the air, which eventually settles over land and water. Stable strontium dissolves in water and moves deeper in the soil to underground water. The solid is found suspended in water. Strontium is also found naturally in soil due to the release of coal ash and industrial wastes. Soluble strontium compounds, through chemical reactions, can transform to insoluble and vice versa. The long half-life of strontium-90 (29 years) can allow airborne particles to move all around the world.