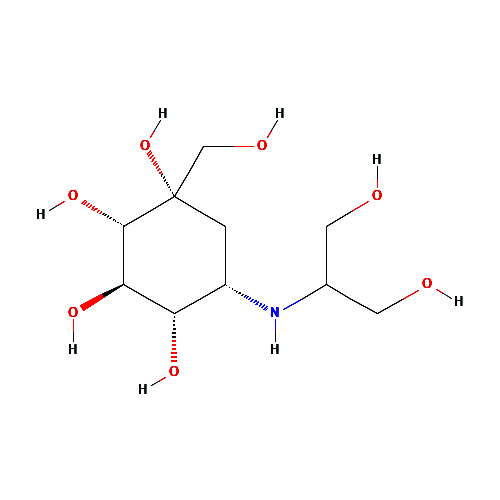 Global Calcium is one of the leading manufacturers and exporters of Voglibose CAS no. 83480-29-9, API, (Active Pharmaceutical Ingredient). We support the customers with exhaustive documentation. As a USDMF & EU-GMP certified global company and an established hallmark for pharmaceutical standards, Global Calcium has stood the test of time since its inception in 1979.

As manufacturer of Voglibose we hereby state the following facts about the drug:

Alpha-glucosidase inhibitors are saccharides that act as competitive inhibitors of enzymes needed to digest carbohydrates: specifically alpha-glucosidase enzymes in the brush border of the small intestines. The membrane-bound intestinal alpha-glucosidases hydrolyze oligosaccharides, trisaccharides, and disaccharides to glucose and other monosaccharides in the small intestine. Voglibose delays the absorption as well as digestion of dietary polysaccharides by reversibly inhibiting carbohydrate digestive enzymes like sucrose, maltose, zomaltase, etc. Valigobose may also facilitate mobilisotary α endogenous glycogen-like peptide 1 (GLP-1), which has an inhibitory action on glycogen, thus lowering fasting glucose levels too. Voglibose treatment has resulted in an increased release of GLP-1, which is an insulinotropic hormone and it has also increased the release of GLP-1, which is known to enhance insulin secretion and insulin sensitivity. Voglibose has no inhibitory activity against lactase and so, it does not cause lactose intolerance and diarrhea. It also has also shown an additive effect with other Oral Hypoglycaemic Agents (OHAs) like sulfonylurea. It also diminishes the insulinotropic and weight-increasing effects of sulfonylureas.

Absorption: voglibose is poorly absorbed after oral administration. However, systematic adverse effects have been observed.

Metabolism: The metabolism of voglibose in the liver is negligible.

Excretion: The renal excretion is negligible and plasma concentration after oral dose have been undetectable.