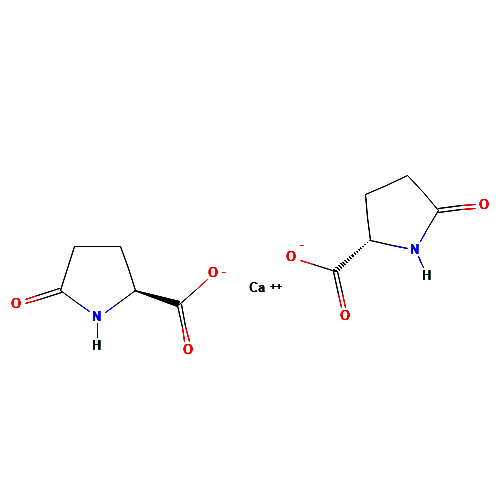 Global Calcium is one of the leading manufacturers and exporters of Calcium Pidolate CAS no. 31377-05-6, Mineral Actives . We support the customers with exhaustive documentation. As a USDMF & EU-GMP certified global company and an established hallmark for pharmaceutical standards, Global Calcium has stood the test of time since its inception in 1979.

As manufacturer of Calcium Pidolate we hereby state the following facts about the drug:

Calcium pidolate is a calcium-containing molecule that has the essential advantage of being absorbed more easily and in a greater proportion than any other calcium compound. In calcium pidolate, the calcium ion is bound to two molecules of pyrrolidone carboxylic acid that act as protein supports. Calcium pidolate is a drug in which the calcium is transported by a protein substrate that is directly assimilable and specific to the bony matrix of the body. Calcium pidolate can help the body's own calcium in performing its two primary roles: in any adverse changes in bony tissue during its growth, during bone aging or traumatic bone lesions, calcium pidolate can provide both a protein framework and a mineral source, as regards various metabolic functions of calcium, calcium pidolate have demonstrated that the substance is absorbed and distributed throughout various tissues and that it stimulates numerous hormonal and metabolic activities. In the treatment of various forms of osteoporosis with calcium pidolate, it is used curatively.

•    In a study, the absorption of calcium pidolate is studied in 10 females suffering from osteoporosis by oral overload compared to the results of the glucono-lactate-carbonate. 405 mg of calcium pidolate produced a higher excretion of calcium by urine and an increase of calcium levels in the blood than that produced by 1000 mg of calcium glucono-lactate-carbonate. The tolerance and the lack of side effects were the common features in both salts. There were no effects on parathyroid glands nor bone resorption. Hence, the research concludes that calcium pidolate is a safe and efficient treatment for osteoporosis because of easy absorption, which is very helpful in maintaining the calcium balance
•    In a study, the combination between low methoxyl pectin and calcium allows forming food gels with a small amount of sugar. The use of calcium pidolate in the composition of two products; jams and gelatins has been assayed, testing its rheological properties. The optimum content of calcium pidolate has been found for each product and sugar proportion. Both in jams and gelatins, the results obtained with calcium pidolate were better than the ones obtained with calcium chloride
•    One of the researches indicated that administration of 1 g/day of elemental calcium in the form of calcium pidolate to eugonadal women increases total and regional bone mass